Only a month left

A couple of weeks later…  The world cup is still trundling along in the periphery of my life.  England have managed to lose disgustingly to a rampant New Zealand.  Southee & Macullum slaughtered us, the less said the better.  Since then we managed to beat Scotland fairly comfortably but definitely don’t look like a team that will progress far in this tournament.  In fact, at this moment they look clueless.  Elsewhere India thrashed South Africa which was a surprise and all the other matches have gone as expected.  Somewhere along the way Chris Gayle woke up and smashed 215 against Zimbabwe and Scotland managed to lose to Afghanistan.  There's still another month of this to go.

Floyd Mayweather and Manny Pacquiao have finally signed to fight in what will be the richest boxing match ever made.  In my heart I’d love to see Manny knock ‘money’ out cold but my head says Mayweather will win on points.

I’m not sure what this bird is, I think it might be an immature Buzzard but it’s not the first time I’ve seen a big bird of prey with this colouration in Norfolk. 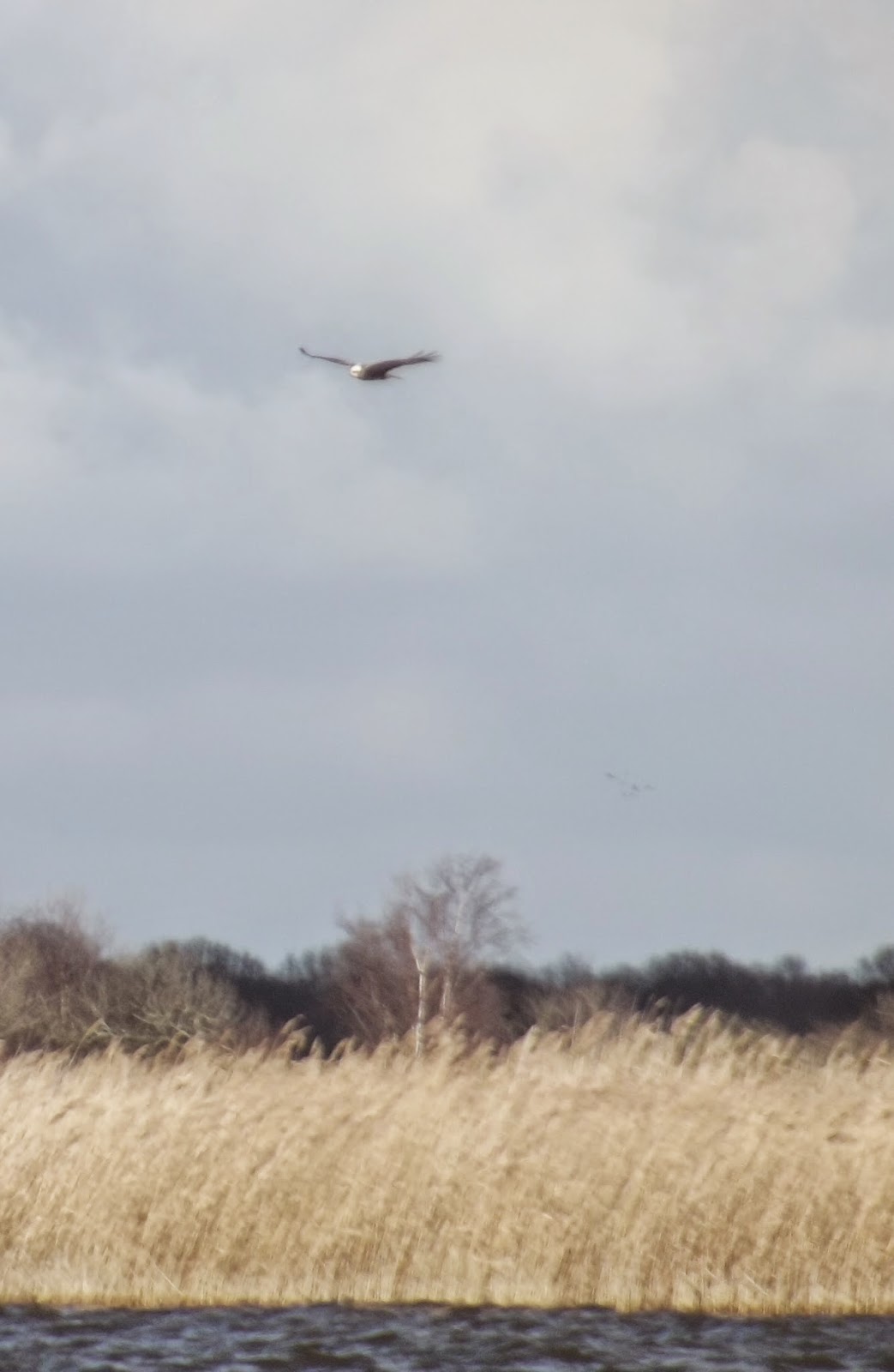 Posted by Michael Hastings at 15:46