The England selectors have chosen their centrally contracted players for the year ahead.  With loads of ODI cricket coming up, including the world cup there are five incremental contracts awarded to players who specialise in the shorter formats.  Of far more interest are there twelve men selected with Test cricket in mind.  It consists of eleven men who played test match cricket this summer and one who didn’t.  This is Stephen Finn who is looking like finding his form again at last and I’m very pleased to see him back in the squad.  A notable absentee is Sam Robson who did not convince as opener this year.  Robson needs to score big runs on the ‘A team’ tour this winter to have a chance of getting his place back.  Waiting in the wings are Lyth of Yorkshire who will also play for the A team as well as Hales who could force his way in if he does well in ODI cricket.

There are four players who could be classed as all-rounders in Jordan, Stokes, Woakes and Ali, I’d expect two from these to play in a test match.  With no specialist spinner in sight Ali is almost certain to play and I’d go for Stokes if all the others are fit & firing.  If he’s the player he looked like last winter then he has to play.  England do not play test cricket again until next spring when we have a tour to the West Indies before facing New Zealand at home.  England would expect to win both series and any player that does not perform against these teams will find it hard to justify selection for the Ashes series that follows.

Khaled Hosseini wrote “the Kiterunner” which is one of the best books I have ever read (if you haven’t read it, make it the next book you pick up).  He followed this with “A thousand splendid suns” which was another great book.  Both are set in Afghanistan and both are incredibly moving, euphoric in some places but horribly dark in others.  Houssini’s latest novel is “And the mountains echoed” and finds the author in familiar territory, telling a human story amid the historic turbulence of his homeland.  It’s a little different as the narrative jumps around between different characters whose paths connect through the years.  This works well even though there are a couple of sections that could have been left out.   I’ve put off reading this novel for some time as I know just how dark and disturbing Hosseini can be; do I want to go through that?  Will the high point justify it?  “Mountains…”does not take the reader to neither the dark depths nor exultant highs of his previous books.  Consequently it’s an easier, lighter read but ultimately not as fulfilling.  Make no mistake it’s still a damn good book and its unlikely Khaled Hosseini will ever top his first novel.

The ‘Ice bucket challenge’ has been the big craze of late summer.  If people want to be covered in a bucket of ice cold water in the name of charity then good luck to them.  However I’m uncomfortable with the way social media has been used to pressure/coerce/bully people into doing the same.  I regularly donate small amounts of money to charities or causes that are personal to me so opt out of having cold water chucked over me.  I did find myself inspired to invent the ‘Bucket of Michael’s piss challenge’ but so far David Cameron hasn’t answered the call.  Fair enough, I’m sure he gives a little to charity too.
Posted by Michael Hastings at 16:33 No comments:

Moan.  When I watch TV it’s either sport or comedy for most of the time.  I’ve noticed the breaks are loaded with gambling ads whether bookmakers or online casinos.  I have nothing against gambling, not my thing but each to their own.  What bothers me is many of these ads imply its cool to gamble, makes you one of the lads.  This is bollocks, gambling isn’t cool it’s just another way to spend money.  The only thing anyone ever needs to know about gambling is in the long run, the house always wins.  Always.

India won the ODI series because they are world champions and England were pretty awful until the final game when the series had already been lost.  Was this just the wrong team to be able to challenge for a world cup or is it the right squad playing badly?

Finished reading “Norfolk mystery” by Ian Sansom.  An eccentric writer and his upper class assistant are trying to write a book but get side-tracked by a suicide.  Or is it a murder? There’s a bit of melancholy to begin with followed by plenty of head scratching then some chuckling and a couple of full blown laughs.  The story didn’t go far but the characters are great and I look forward to enjoying the madness further as the series unfolds.  Perhaps a future TV series with Colin Firth and Stephen Fry starring?

I followed this with Nasser Hussien’s autobiography “Playing with fire”.  I remember forgetting to read this when it was new on the shelves a decade ago.  Nasser was a cricketer I admired and as England captain he helped build the platform to England’s best decade of test cricket since I’ve followed the game.  I should have read it at the time because the passing years means the book has lost some of the controversy that may have arisen.  I love reading about old matches that I followed and these include Hussein’s entire career so I was a bit disappointed that I can remember the games better than Nasser!  It’s interesting to look at players Hussein picked as potential stars of the future.  Andrew Strauss and Jimmy Anderson proved him right.  Alex Tudor couldn’t stay fit and maybe Rob Key was the right bloke at the wrong time?  Nasser was a very good cricketer, an excellent captain and an honourable man.  His book is a good read a decade on. 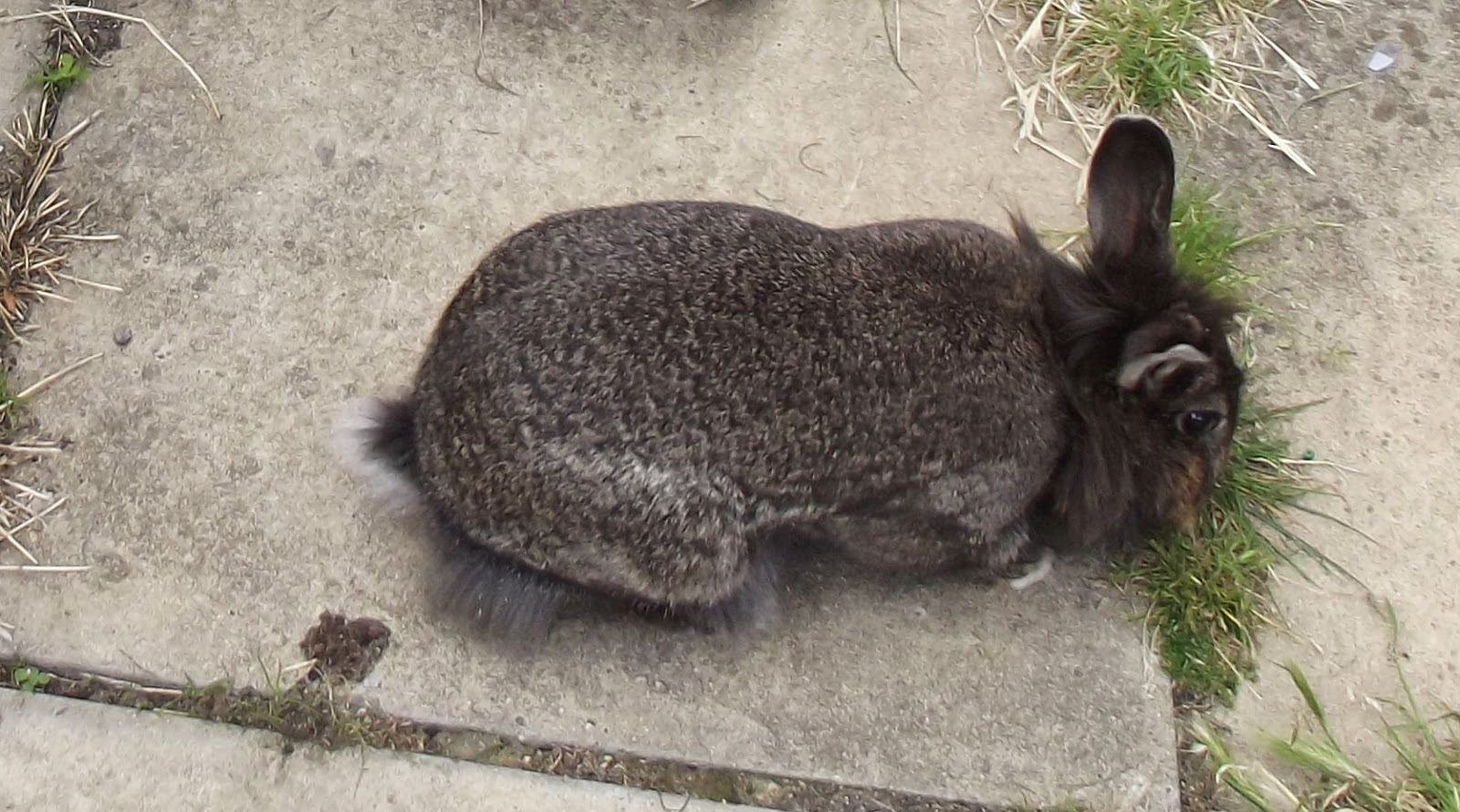 For no good reason at all, here's Kiki the wonder rabbit.

Posted by Michael Hastings at 12:49 No comments: