I can't quite believe this is the end for the KPego.

The ashes tour was a disaster that didn’t end with the test series.  Throughout the ODI’s and T20’s that followed England only managed to win one match.  Even so the fall out, make that carnage that followed came as a shock.

Firstly Andy Flower resigned as England’s head coach.  This is a shame.  Yes the last three months have been the lowest point ever for the England fan but judge Flower on the five years that preceded it.  He was at the helm for the most successful period of English cricket in the modern era.  We England fans have never had it so good and it looks like it will be a long time before the good times return again.

Now we have the even more surprising news that the KPego has been effectively sacked as an England player.  His behaviour on the recent tour has irked his colleagues so much they no longer wish to share a dressing room with him.  The Cook vs Pietersen scenario is so reminiscent of the Gooch/Gower affair that ended the latter’s career.  However Gower was a far more likeable character.  Pietersen was lucky to be allowed back into the fold after the South Africa fiasco in 2012, maybe he shouldn’t have been?  I’ve been critical of the KPego’s behaviour on these pages and could never bring myself to like the man since 2012.  What can’t be denied is it has been thrilling watching Pietersen bat in an England shirt.  He has played some truly great innings and has also been one of the key components in this great period for English cricket.  Despite everything I can’t help thinking it’s a bloody shame we’ll never see him bat in test cricket again.  Or will he?

The road back to the top could be a long one and if England don’t start climbing the rankings soon, what price a return for the KPego?  I wouldn’t rule it out. 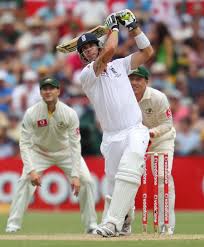 Posted by Michael Hastings at 15:04