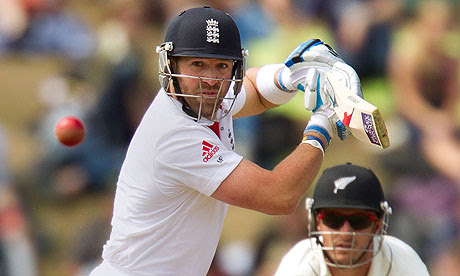 Where does time go?  Last time I wrote on here England had just scraped a draw in New Zealand, through a combination of skill and luck.  NZ had the better of the tour but in the end weren’t good enough to beat England.  On the other hand, England underperformed in a series we all expected them to win comfortably.  For England Matt Prior was the star with both bat and gloves.  Nick Compton done well to cement his place with two centuries and Trotty had a good tour.  The other batsmen underperformed; Cook had a below par series, Bell is becoming inconsistent and Root was brought back down to earth.  England’s bowlers performed well on unhelpful pitches but didn’t have the impact we expected.  Monty in particular struggled at times.
Next up for England in a couple of weeks is two home matches against the Kiwi’s again and once again I expect us to win.  They won’t under estimate NZ at all this time and will know they are facing some young, talented players.  McCullum captained the side well and his bowlers didn’t let him down, Boult in particular impressed.  Fulton did well with the bat at home but I can’t see him doing much in English conditions.  Rutherford looked an exciting player and Williamson looks a very good player.  However if England perform anywhere near their best they will win.

While England were struggling Australia were getting well and truly battered in India.  They suffered woeful on field results and had factions within the squad off the pitch.  All very amusing for an English cricket fan but we know they can’t possibly be that bad later this summer.

Chris Gayle recently broke T20 records with a typically aggressive 175.  The highlights were fun to watch but hey, it's only IPL!

Some books…
“The Hundred year old man who climbed out of the window and disappeared” has to be one of the longest book titles ever.  Written by Jonas Jonasson and set mostly in his native Sweden it tells the story of what happens to the centurion Allan Karlson when he steps out of his window to escape his hundredth birthday party.  During his disappearance Allan meets a host of lawless people and has a hilarious adventure involving a suitcase full of cash and a drug gang amongst many other things.  The book also flashes back to the past and charts Allan’s remarkable life and his hitherto unknown influence on the major acts of twentieth century history.  It’s a really funny and enjoyable read but does run out of steam a little towards the end.

“Brave New World” was written by Aldous Huxley in 1932 and gives a prophecy of the world six hundred years from now.  God has been replaced by “Our Ford”, Henry Ford no less, the inventor of the production line.  The world is now at a consistent state peace and contentment populated by genetically modified races formed into a Caste system.  People are no longer born but grown in bottles and conditioned (brain washed?) to be happy. When times get a little tough there’s the state controlled drug, “Soma”, issued for free.  Not everyone is happy in this utopia and when two such characters venture to a “Reservation” to see “savages” who are actually born from mothers then the real hero of the story is found.  This book is often compared to “1984” and actually pre-dates it but is a much easier read than George Orwell’s masterpiece.  Whether Huxley’s vision of the future is any more or less palatable than 1984 is debateable but it’s far less terrifying and perhaps suffers in comparison because of this?
Posted by Michael Hastings at 14:54