All of a sudden there’s cricket in my life again!  A test match in Sri Lanka and a much changed and impossible to predict eleven players took to the field for England.  For two days everything went England’s way; Bess took five and Root passed 200.  England were miles ahead and the win was inevitable.  The pundits lambasted Sri Lanka and moaned about one sided test matches.  Personally I enjoy seeing England crush an opposition because I just get too emotionally involved and tight matches can be stressful.  But then on days three and four Sri Lanka fought back to the point where commentators were back tracking and getting excited again while I was almost worried.  Going into day five England needed 36 runs while Sri Lanka seven wickets.  If the game is still going on by the time I wake up I’ll have reason to worry…

I woke up, there was no worry.  England won by seven wickets.  Yes Sri Lanka were bad for two days but for any England team to win a match in Galle is a big deal and this was far from a full strength XI too. 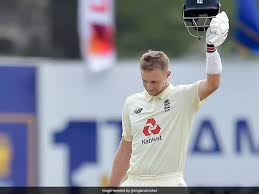 A few days later, another test match!  None for months then two in a week.  A week in which India’s second XI managed to win a series in Australia…  Once again Sri Lanka won the toss and batted, this time doing the job properly with a ton from Mathews and other big scores driving them on to a challenging score.  Sir Jimmy took 6 wickets and all ten fell to seam, which is worrying when you look at what is coming up…  England replied and for the third consecutive innings our new opening pair folded against left arm spin but Root and Bairstow rebuilt admirably.  Three days gone, the game could go in any direction.  Root continued to another massive century and wiith further support from Buttler, England had a competive total.

I woke up on day four to find Sri Lanka had collapsed and this time our spinners done the damage.  This left England a potentially tricky chase of 164 on fourth innings and at 89-4 we were wobbling on a turning pitch, I was almost nervous for a short time.  Sibley came good at the right time and Buttler’s good form continued to see England home by six wickets.

For an understrength England team to win 2-0 in Sri Lanka is a great result and stands us in good stead for the tough tour of India that follows.  Root has been magnificent, his batting superb and his captaincy improving.  Buttler batted well and his keeping is threatening to look world class, Bairstow done well without re-cementing his place, Lawrence started the series well but tailed off.  There is concern with our openers against the spinning ball but at least Sibley seemed to improve and finished well.  Our seamers; Broad, Anderson and Wood were all excellent but the spinners struggled at times, although they had good spells and finished okay in the end, they will have to improve further in the coming weeks.

So India,  possibly the toughest of all tours against what is probably the strongest team in the world.  Last time we won there we had world class spinners in Swann and Panesar but we don’t have the like at the moment.  It’s hard to imagine England winning this series, if we can compete it will be a sign of improvement.  With the likes of Stokes, Burns and Ali joining the squad and others departing and with imminent squad rotation, it’s hard to play selector, or is it?

Posted by Michael Hastings at 06:25