I like Goldfinches.  They are colourful, chirp a pleasant sound and are not too common in my neck of the woods.  It was a nice surprise when they started to appear in the garden this spring and as time has passed it became apparent that there was a pair that was almost always in the garden. 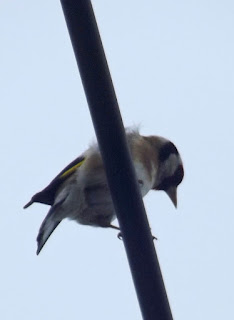 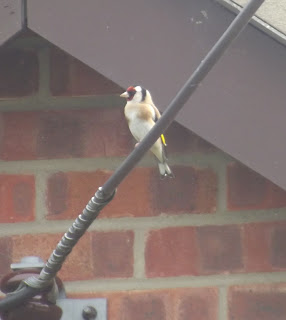 Whenever I was outside the finches would be on the wires above me, providing plenty of photo opportunities and singing a pleasant song.  I got the feeling they were here for a reason and seemed like they were as interested in me as I was them but as far as I know they don't have a camera. 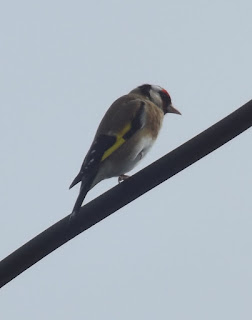 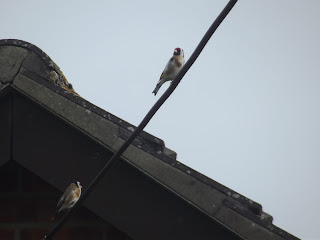 When I saw one of the finches fly out of the hedge it gave the game away and after a careful look I managed to locate the nest.  I tried to leave it as undisturbed as possible but couldn't resist sneaking a look every now and then.  Looking from below I couldn't tell what was going on, whether there were eggs or chicks but I daren't investigate any more. 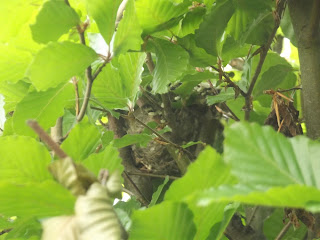 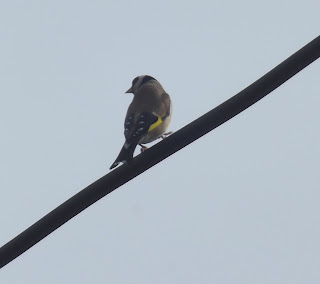 I was in the garden Saturday morning but there was no sign of the Goldfinches, until I started to tidy up and this little one flew out off the top of a compost bag.  It barely made it across the yard and landed again giving me time to get the camera.  I was able to get quite close without freaking it out too much but it does look pissed off in the last photo. 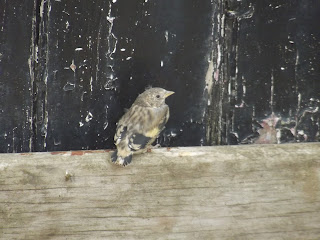 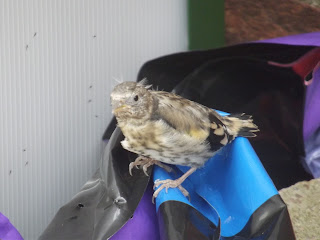 I kept checking on the little finch and after an hour or so he/she was gone.  Hopefully there's a brood of young goldfinches out there and I hope some come back next spring.
Posted by Michael Hastings at 05:31