Eels at the Royal Albert Hall

Last weekend Shelley and I couple of days in London, not what I’d normally choose to do but on this occasion we had plenty of good reasons but our main motivation for braving the capital was to see our favourite band in the world, “Eels” play at the Royal Albert Hall.
We got to the venue early and with a little time to kill we sat on a bench near the Albert memorial and tried to while away the minutes.  We’d seen Eels three times on the two previous tours and they’d been fabulous each time.  This was our first visit to the RAH though and it looked impressive even from the outside.  An annoying shower saw us head for shelter early.  Our tickets were standing, way up at the very highest point of the hall and we found our entrance and started queuing.

With ten minutes to go someone opened the door and offered all of the handful queuing free ticket upgrades!!  There were a few seats unsold to the side of the stage and we eagerly swapped ours!  We went in, got a beer then wandered around, grinning with that “can’t believe our luck” feeling.  We entered the hall and “Jesus Christ!” what a place!  We’ve all seen the hall on television numerous times but only by being there can you appreciate its grandeur.  Instead of standing up in the roof peering down we had brilliant seats to the right hand side of the stage but only two rows back.  The view was different but brilliant.

Lights dimmed and… the support…  I can’t remember what they were called and I have no wish to find out.  The only memorable thing about the performance was the dullness.

Then came the Eels, could tonight possibly match the brilliant emotional nights we’ve seen before?  Yes they bloody well could!  Every Eels tour is different.  We’ve seen “Tremendous Dynamite” a blues brothers R&B show with a horn section then last year was “Wonderful Glorious”, just the five regular band members playing a hard rock and roll show.  This year was the regular five again playing a mostly acoustic set.  We heard many songs both old and new that we hadn’t seen performed live before and I can only remember 2 ½ songs that featured on last year’s tour.  Three tours, three totally different sets, three different experiences. 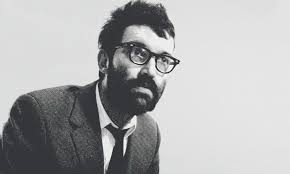 “Mr E” (AKA Mark Oliver Everett) is a fantastic songwriter with a cynical view on the world around him.  He uses this cynicism to find humour in what he sees and celebrates the beauty of life.
All of the band members can play several instruments and we were blown away by seeing them reveal skills we didn’t know they had.  Yes we know “Mr E” can play just about every instrument there is (tonight it was mostly piano or guitar) but “Royal Al” (what else?) played an upright bass.  “Pee Boo” played trumpet as well as guitar, “Knuckles” had tubular bells and a glockenspiel beside his drum kit and “Chet” added slide guitar and something I believe is called a ‘melodica’ to his repertoire.

Tonight there were many different arrangements of familiar tunes, all of them worked.  The set started slowly with what “Mr E” described as “sweet bummer rock” then built in tempo and swept the audience along.  Standout tunes tonight; “It’s a mother-fucker”, “Daisies through the concrete”, “Last stop this town”, “Parallels” and “I like the way this is going”.  Sometimes during a concert I start looking at my watch and thinking ‘I’ve had enough’; never with Eels, they could play all night and I’d try to keep up with them.  Sadly they couldn’t play all night.  “E” hugged the crowd, the band played a long encore then finally “Mr E” took over the massive pipe organ for a rendition of “Flyswatter”.

A great concert is more than just a performance, the music has to connect with the audience on an emotional level, Eels manage to do this every time.  The sound was brilliant, the atmosphere fantastic and the hall was splendid.  However they decide to play Eels are the best live band I’ve seen in thirty years of gigging and the RAH was the perfect venue for this set.

Posted by Michael Hastings at 14:05