South Africa have thrashed England by an innings & 12 runs. England had the better of the first day but ever since the Saffers have been dominant and win deservedly. I travelled to the Oval for the third day with four of my favourite people and we had a really enjoyable day. The beer flowed well, the atmosphere was fantastic and some friendly saffers shared their biltong. The cricket however was just about as dull as it gets for the England supporter. Credit to the South Africans though; Smith was superb for 131 (last time I watched him play he scored 154*), Amla patient for 186 which he later converted to 311* and Kallis was Kallis. England’s bowlers seemed flat, the seamers were all down on pace and Swann didn’t look likely, he’s hardly taken a wicket all summer. 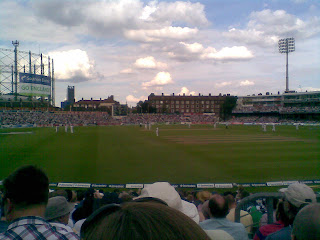 Few would have predicted such a thrashing but let’s be honest, England have been off form since the turn of the year. Defeat to Pakistan, a draw in Sri Lanka and an unimpressive win against West Indies. In this time it’s been mostly the middle order that have let us down. KP played one great, match winning innings in Sri Lanka but has contributed next to nothing either side. I’ve been a fan over the years but I’m almost out of both patience and respect. Sometimes it’s difficult to avoid questioning his commitment. Bell had a shocking winter but he’s class and I‘m sure he’ll come good. Why not play Bell at four and Peitersen at five? There’s less responsibility on KP then. England have not scored runs at number six since Colly retired & Bell moved up. Morgan never looked convincing and Bopara doesn’t look likely although he will be given this series to stake his claim. As No.6 isn’t contributing why not play the extra bowler? Finn would walk into virtually any test team in the world, although maybe not SA. 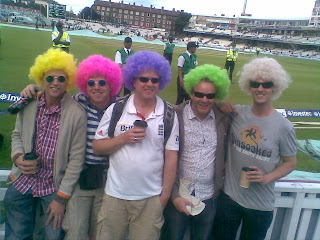 There are only two more tests in this series which is just daft. One match sacrificed to make way for an ODI series against the Aussies is insulting to the greatest game there is. Just like the 2010/11 Ashes this is a career defining series for some of the England players can they step up another level? It’s hard to see England winning the series from here and I’d certainly be happy with a drawn series but to be honest on the evidence of the Oval, South Africa look like the best team in the world right now and I expect them to win the series.
Posted by Michael Hastings at 14:11